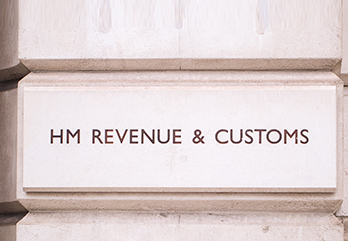 Rishi is due to present his budget shortly.  He needs to borrow more money and to review current performance.  The principles are the same as for any business going to its bank, with extra noughts added on.  Rishi uses the Office for Budget Responsibility (OBR) as a consultant to help prepare his budgets and give them more credibility.

In March 2020, he predicted that UK PLC would have an annual deficit of £47bn; he presented in November 2020 to confirm he did not meet budget, with the deficit being £56bn.  In March he also presented a strategic plan to invest in his three main enterprises (health, education and transport -together accounting for 60% of his expenditure).  He projected there would be cash deficits in the next 5 years of £50-60bn/year.

Since March, Covid has resulted in immediate and long-term extra costs and lower income.  He presented revised budgets in November:

UK PLC’s borrowing was £1.8tn in March 2020.  Rishi needs to increase bank facilities to £2.8tn by March 2026 - a 56% increase.  He does not know when or how he will be able to repay the loans and so is asking for “interest only”.    His predecessors relied on asset sales to repay debt – e.g. previously nationalised industries or gold reserves – but there are no obvious assets left to sell.  UK PLC does have a very strong balance sheet with any borrowing being fully secured

Rishi promised to present full proposals to the bank in November with extra income plans (tax rises) because he was not keen to cut costs; but decided there were too many unknowns to make credible decisions, let alone forecasts for either income or costs. The lenders remain supportive in principle but concerned about the long-term trend of cash deficits and no plans to improve them.

Interest rates are currently very low; if he fixed the rate for 5 years, the interest bill in 2026 would only be £29bn, compared to the £37bn interest the company was paying in 2020.  Rishi puts forward  that his company must be better off – but the lenders point out because of the overall deficit, the UK still cannnot afford to service the debt.

Rishi and the bank have agreed that he needs to present credible proposals to reduce the deficits.  After a great deal of top level, third-party advice, they agree that the deficit must be reduced by approximately £50bn per year.

You can only take tax from those that have money to pay – be it from income, profit, sale of assets, wealth or spare spending capacity.

Increasing tax receipts can also be achieved by removing tax reliefs.  In February 2020, HM Treasury estimated that the cost of 362 tax reliefs that were considered as tax policies, to support economic and social objectives was £155bn.  The main ones were zero rating VAT on residential property at £14.8bn, Research and Development tax reliefs at £4.9bn and Entrepreneurs’ Relief at £2.2bn. – scrapping one third of those reliefs would simplistically deliver the £50bn.

It seems inevitable that the tax receipt from Capital Gains will have to increase substantially (those that sell assets have cash to pay tax) – probably via both an increase in the tax rates and a reduction in the reliefs available.

Inheritance Tax is frequently highlighted as a target to raise more tax - within and beyond the farming sector.  This cannot realistically be done by increasing the current rate of 40% and so more likely by removing reliefs.  The annual cost of Agriculture Property Relief in lost tax was assessed as a mere £315m in the Treasury report.  The driver of change here is more political than economic – now is not the time for the government to focus on relatively small financial gain, for political gain.

A balancing act must be achieved to keep businesses and consumers spending money in the economy – VAT is a tax on expenditure and Capital Allowances are an incentive to spend, so too harsh a change on these would be detrimental to the economy.

Big decisions are needed to deliver £50bn, tinkering around the edges is a poor use of resources for Rishi and his team at present.  The position UK PLC is in is almost unprecedented.  I think we should expect Income Tax (and or National Insurance), Corporation Tax and VAT rates to increase, with Capital Gains Tax rates to increase and reliefs to be severely reduced.