A major challenge, risk and worry for family-owned farms is the process of moving them from one generation to the next. So many issues are at stake: 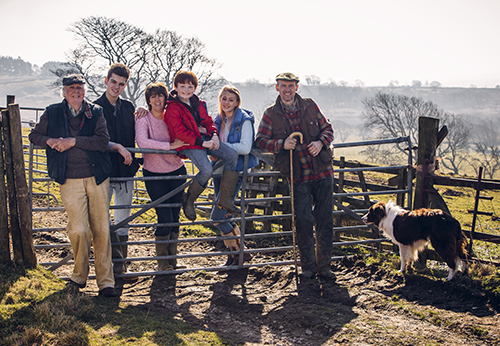 Is the next generation ready willing and able to take on ownership and responsibility?
This is one of the big areas for conflict. Usually, the next generation begin by being good at the farming – committed, hardworking and bringing in new ideas. However, frequently they have either not been privy to, or wanted to be aware of the financial aspects of the business, which of course are an essential part of running a farm. Do they recognise that on becoming a partner they are jointly and severally liable for all existing and future debts, or on becoming a director of the farming company that they have additional statutory responsibilities?

Is the current generation ready to give up ownership and responsibility?
The flip side. Older generations usually want to choose when to give up, not feel pushed out – sometimes this can be sooner or later than the younger generation perceives to be the case. Only open and honest conversations amongst the family can bring this point out.

The risks of handing over considerable assets
When something is given away, it is given away. This leaves the classic risk of the younger generation going “off the rails” or going through a divorce. This should not be an everlasting barrier to handing over - but these sad things do happen in life and it is wise not to hand over any substantial wealth until the next generation is “settled” personally in all respects. While trusts can have a bad reputation amongst families, a well thought out one can be very useful in taking the assets out of one generation’s ownership to take advantage of current tax reliefs, while keeping them protected from unforeseen events by not yet passing them to the next immediately.

Should the transfers be on death or in lifetime?
There are some very distinct tax aspects to this choice – both Capital Gains and Inheritance Tax. If gifts are to be made on death, they run the risk of the tax regime at that time which may well be different to (and probably more restrictive than) the currently available, very beneficial Agricultural Property and Business Property Inheritance Tax reliefs.
If the transfer is on death, then it is really helpful for the next generation to know the contents of the Wills in lifetime, to at least give them information and certainty - albeit acknowledging that a Will can always be changed before death and challenged after death, with the growing use of family and business destroying Proprietary Estoppel claims.

What about the non-farming siblings of the next generation?
Another frequent consideration, and now so much more complicated than the traditional approach of “son(s) will have the farm and daughter(s) will get married”. Usually the children taking on the farm want certainty that they are not going to have to pay out their siblings and jeopardise the future viability of the farm. Conversely, most parents want to leave their assets between their children – not necessarily equally, but equitably and with similar aspirations that the farm viability will not be damaged. Open and honest conversations amongst the family during parents’ lifetime are critical to avoid very sad and difficult conflicts after death.

What are the tax implications of any plans?
This is the relatively straightforward, factual and tangible bit – calculating the tax impact of various options to help – and not necessarily drive – the decisions. Frequently the process is simplistically driven by an Inheritance Tax planning exercise and while that is of course a very important point, it is dangerous to look at that as the main driver, which can lead to horrible emotional compromises for the family and financial compromise for the farming business.
An approach that is often very useful with this is to separate the future ownership and transfer of the farming business from the future ownership of the farm – by doing it in two different stages. Typically, different drivers and timings are appropriate for the two considerations – parents may feel it right to bring the next generation into the formal management and ownership of the business (e.g. livestock, machinery and growing crops) before they are ready to hand over the substantial wealth involved in the farming property. A well-constructed partnership agreement, or a new limited farming company owned primarily by the children are two ways this can be successfully achieved, which prevents the need to combine the two stages into one inevitably compromised answer.
Succession planning and Inheritance Tax planning are two separate but inextricably linked, issues for farming
families, and a perfect example of the need to combine emotional, financial and tax considerations. They can
and often should be considered at the same time but a distinction between the two elements while coming
up with the plan provides much more clarity of thought and is more likely to produce the best overall result –
for long term family harmony and a truly successful transition of a generational farming business.
It remains one of the privileges of our profession to be asked to provide independent input to such matters –
to help the family achieve their personal objectives, to ensure the farming business continues to be financially
secure through the generations and to minimise the tax implications in so doing.