First was Brexit, then the new Agriculture Bill and now Coronavirus – each one individually causes challenge and angst and collectively they must be a perfect storm. 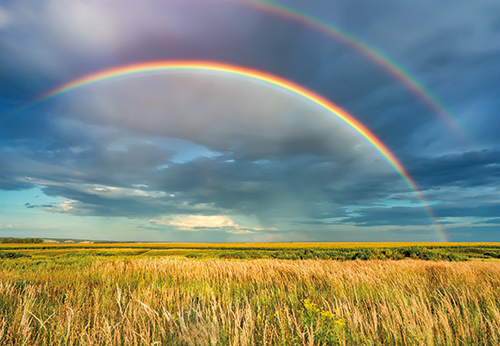 After the storm, comes the calm and time for reflection of the damage done and how to move on. While Coronavirus has the greatest impact on us personally, this article takes an early look at the strategic impact on UK Agriculture of these events collectively.

Always a good start to go back to the basics of supply and demand. The position for most UK farmers and growers before the storm was reasonably stable other than usual weather events impacting the short-term. Food remains the most basic of human needs and in principle, demand is not going to be impacted significantly – but where the food comes from may be. More domestic recognition of the role of UK farming and loyalty to its produce would be a welcome boost.

We are aiming for free trade as part of the Brexit negotiations and the Agriculture Bill supports that in seeking to maintain free movement of produce across countries, with adherence to UK production standards. In theory then, we should be in the same position and whether this is where we end up has certainly been impacted by events.

Many countries are likely to review their approach to the security of food supply and their self-sufficiency. For the UK, as a significant net importer of food that we could produce ourselves, this may be positive. However, in the face of one of the most severe recessions we have ever known, consumers are going to want cheap food - and while the UK produces the best food, it does not produce the cheapest food

During a deep UK recession, will our government tangibly support our high animal welfare and environmental standards, ahead of the need for voters to feed themselves while they are on very limited incomes? I remain to be convinced that UK producers will be properly protected from the impact of lower standard, but cheaper imported food – and worry that food will be bargained away in trade talks for other goods perceived as being of greater value to the UK economy. Or could it be sensibly argued that home produced food production should be subsidised more to make it cheaper to consumers?

Global wealth is going to decrease. As developing nations become wealthier, their eating habits change from a cereal based diet to more pork, chicken and dairy – which has been a significant driver of increased demand for those products in recent years, particularly from Asia. Ultimately that reduced demand will reduce commodity prices and that would inevitably lead to at least temporary downward pressure on farmgate prices in the UK.

One of the key drivers of global grain prices has been the substantial reduction in strategic stocks held by most countries. This was caused by a reduced threat of war, plentiful supplies and of course easy physical and financial movement of grain across the world. All three of these drivers could now be in jeopardy as the world enters a deep recession – which would cause a short-term increase in demand as stocks are rebuilt and then less volatility in the long run, both of which would be welcomed by most farmers.

The UK food chain has long been a poor rewarder of the farmer. Over the last 30 years, consumers have substantially increased the amount they spend on food – but the income to primary producers over that period has remained almost static and thus an increasingly lower share of the consumer spend. The main cause has been consumers eating more meals out of the home and more processed food in the home – that added value or spend has largely not been created by the farmer. However, as people retract from those eating habits, at least temporarily, it would be logical to conclude that farmgate prices would not be impacted – other than by the perpetual frustration that farmers are at the bottom of the chain, largely price takers and in very poor negotiating positions.

Commentary on the Agriculture Bill has largely centred on trade talks and the future of farm subsidies – both of course important. Buried in the bill it talks about fair dealing in the supply chain and this should have much more focus from all interested parties – not only to stop us having more relatively toothless organisations to try and ensure such, but because it really could be the ideal opportunity to properly deliver fairness in the supply chain, which is all farmers would need.

The storm we are in highlights some critical strategic questions for UK farming. The combination of Brexit, a new Agriculture Bill and the after-effects of Coronavirus do create the perfect opportunity (let alone need) to reset the strategy and secure a longer-term viable future for UK farming. It is far from all bad; the right responses could genuinely improve the prospects for UK farming. The role of our collective representative bodies and lobbyists has never been more important in crafting the right political and economic framework for such to happen. Let’s hope they rise to the challenge, with of course our full support.