So much is changing and so much is staying the same; the next 10 years is going to be another fascinating period for UK agriculture. 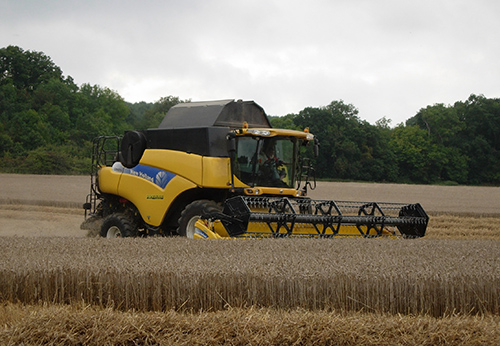 We are on our own now and my biggest fear is the unknown as to how important the rural sector is really going to be for current and future UK governments.  One of the least promoted benefits of being in the EU was that farming was politically much more important than it is in the UK.  Our country has a large population on a small piece of land - lots of people in towns and cities who vote and want cheap food; it would be foolhardy to think that our government is going to do anything to overtly put up food prices.

The best we can hope for is equality of trade with all countries that either present import threats or export opportunities for UK farming.  The danger will be that food and farming is the sacrificial lamb to obtain deals in other categories in the trade talks that farming won’t benefit from (e.g. financial services).  The fact is that nobody knows yet and so it is best to keep a watching brief on developments rather than try to pre-empt change.  Carrying on doing what you are doing for current rules and markets and doing it to the best of your ability, remains the best approach.

Many farms depend on subsidy for their viability, yet most farmers would prefer not to be reliant on subsidies.  Unless or until the market delivers viable prices and if UK farmers are expected to continue to produce to the highest environmental and animal welfare standards, then public financial support will be a necessary feature of most farm businesses.  How that is achieved is down to farming’s national representative bodies, but we can all do our bit in the formative years to try and drive negotiations in the right direction.

The pound has strengthened a little since the election with a Euro now worth about 85p.  This is not as weak as it has been, but it is still an awful lot better than the 65p it strengthened to in the 2000s.  The impact of exchange rate is so much more than the Basic Payment – everything that we produce (except for some brands and niche products) can be produced elsewhere in the EU.  If the pound did strengthen to say 75p, then milk prices would have to fall by approximately 3p/litre to compete again or wheat prices would have to fall by around £17/tonne.  I expect the UK economy will improve in future years and so a strengthening of the pound is probable.  The impact on output prices would be mitigated by a fall in input costs – be they feed, foreign labour, machinery or anything related to the oil price (e.g. fertiliser).

Real or perceived dangers, subjective or objective measurement, sensible or fanatical commentary this is going to have a massive impact on UK agriculture.  I thought the NFU did very well to specifically set its target for carbon neutrality for the whole sector, as opposed to on an individual farm basis.  Some farms and farming are very good carbon sinks and some are heavy users of carbon – it is only together that UK agriculture can deliver carbon neutrality.  This also must be one of the best chances we will have of justifying public money for public goods when the subsidy is reformed.

We look forward to working with all our clients to identify the impact of these economic factors and help them and their business adapt and change as necessary.  We will not profess to be experts in the technical issues but will continue to have a good working knowledge of them – our job as your accountant is to really understand the finances for both management and tax purposes, helping bring your accounts to life, pay as little tax as possible and make good decisions for your family and for your business as a result.